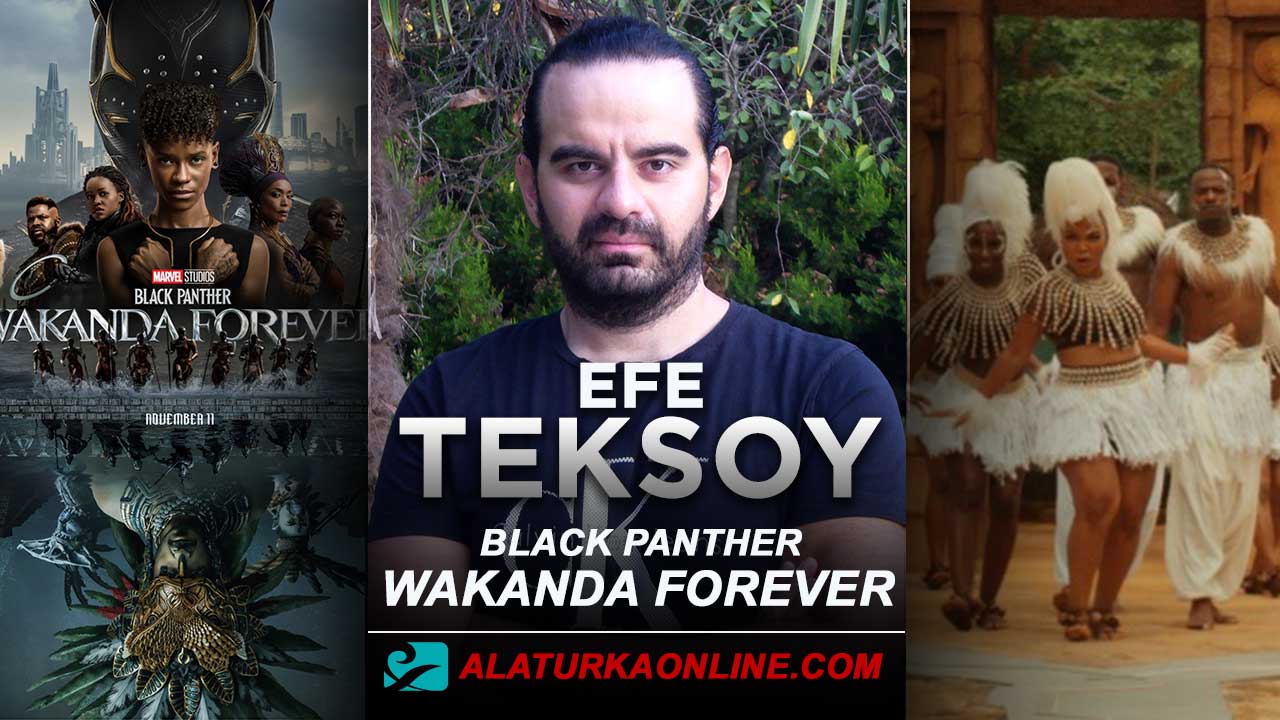 Black Panther: Wakanda Forever, produced by Walt Disney Pictures and Marvel Studios, has been breaking records since its release as a $250 million giant blockbuster. It grossed $180 million in its first weekend, breaking the record for The Hunger Games: Catching Fire (2013) in North America, breaking the record of $158 million. The sequel to 2018’s Black Panther is directed by Oscar-nominated American film producer Ryan Coogler, as in the first film. Wakanda Forever, the 30th movie in the Marvel Cinematic Universe, is the second longest movie in the MCU to dethrone the Eternals (2021), at 161 minutes. After the untimely death of the first film’s lead character, Chadwick Boseman, some fans argued that the next Black Panther movie should follow the comics and take on the role of T’Challa‘s sister Shuri as the new Black Panther. We see that the basis of this production, in which the character of Shuri comes to the fore, is the philosophy of Ethics. One of the most important texts revealing the foundations of moral philosophy is undoubtedly Immanuel Kant‘s Groundwork of the Metaphysics of Morals. Kant’s philosophy, one of the founding names of German philosophy, is a turning point for European philosophy after the Renaissance and is one of the founders of German idealism’s passion to create an unshakable system, and also serves as a source for European philosophy. His intellectual works had a decisive influence on the next period in the history of philosophy. In his work, Kant says that (roughly speaking) moral causes of action constitute the concept of obligation, and that doing good and continuing one’s life is the concept of duty where it can be done. In the movie, we see that the character of Shuri, who lost her family and has become a Wakanda Queen, reconnects to life by assuming certain obligations and fulfills the concept of duty (which Kant mentioned) to protect her people. Another detail is that Shuri’s character is protecting the city of Wakanda by giving up his idleness and taking on the role of Black Panther. French philosopher Jean-Jacques Rousseau, one of the greatest philosophers of the Age of Enlightenment, in his book, One of the first and important philosophical texts about the formation of the modern individual, The Reveries of the Solitary Walker; “To be successful, it is necessary to work regularly and methodically.” He talks about the importance of sense of duty. Just as we have seen in the work ethic that is a factor in Shuri’s character.

PLOT OF THE FILM

Queen Ramonda, princess Shuri and the leader of the Jabari tribe, M’Baku, are ready to fight to protect their nation after the death of King T’Challa. As the people of Wakanda struggle to embrace the next chapter of their lives, Namor, the King of a secret submarine nation that suddenly appears, causes the whole balance to change. 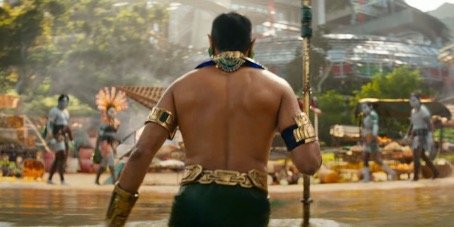 AN EPIC JOURNEY TO ATLANTIS

In this Marvel version of the Atlantis myth, the race known as the Talokans is largely inspired by the Aztec culture and Mesoamerican culture, notably the Aztec water god Tlaloc, and is based on the concept of Aztlan, a mythical house said to be another name for Atlantis. We see the lost continent of Atlantis for the first time in the ancient Greek philosopher Plato‘s dialogues Timaios and Kritias. Using the oldest myths, Plato; It tells us a story that the Athenian statesman and poet Solon told, based on Egyptian scholars. We also know that the Ancient Greek historian Herodotus spoke of the Atlanteans as a vegetarian community that never dreamed, although he did not mention their names. Plato’s narrative deeply influenced many classical writers. Aristotle does not mention Atlantis, but. His cosmological treatise On the Heavens, written in 350 B.C., has parts that seem to have inspired Christopher Columbus, and in his Meteorologica, his early accounts of weather events, he revisits Plato’s idea of ​​Timaios, the view that the submerged island. The character Namor, who is the Antagonist of the story in the movie, is the ruler of the underwater Kingdom of Atlantis in the Marvel Comics comics. However, the producers changed the name to avoid links/comparisons with other versions of Atlantis (especially DC Comics’ version and their own superhero King Aquaman (2018)) and named Talokan after the Aztec underwater kingdom Tlalocan. The character Namor takes its name from the Spanish phrase “El Niño Sin Amor” (The Boy Without Love). In the comics, Namor is Atlantean for “the avenging son.” Its real name comes from the word “Roman”, which is written backwards. 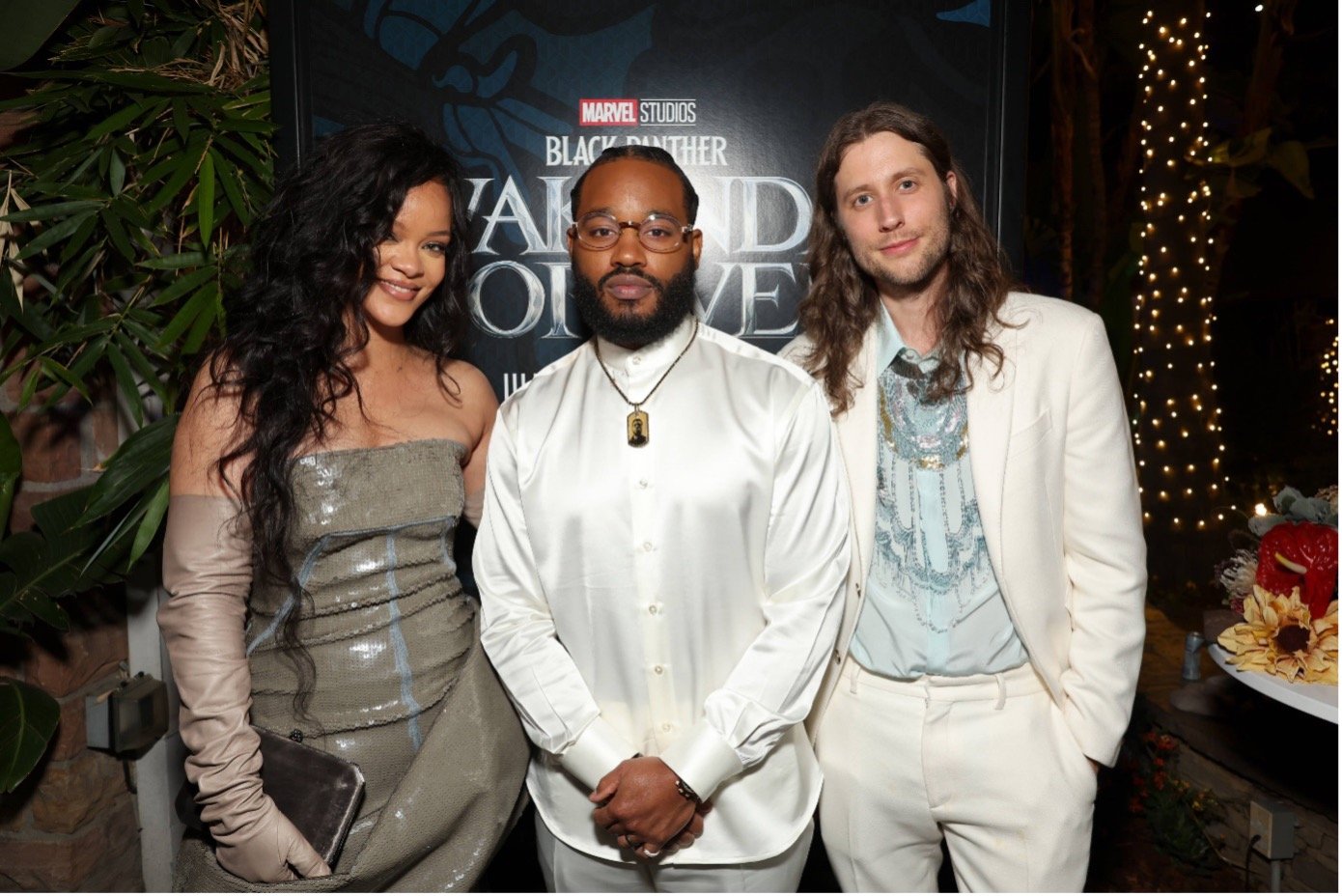 World-renowned Barbadian musician Rihanna, winner of 9 Grammy awards, broke her musical silence after 6 years for this production and prepared her new song ‘Lift Me Up’ for the soundtrack album of the film. The lyrics of this song, which is dedicated to the extraordinary life and legacy of Chadwick Boseman, the lead actor of the movie ‘Black Panther’, who passed away in 2020, are written by Tems, Oscar winner Ludwig Göransson, Rihanna, and Ryan Coogler, who is also the director of the movie. “Lift Me Up“, produced by Göransson, was recorded in five different countries. Tems, one of the songwriters of the song, describes the preparation process with these words: “After talking with Ryan (Coogler) and listening to his guidance about the movie and the song, I wanted to write a song that felt like a warm hug from all the people I’ve lost in my life. I tried to imagine what it would feel like to sing this song to them right now and express how much I miss them.” 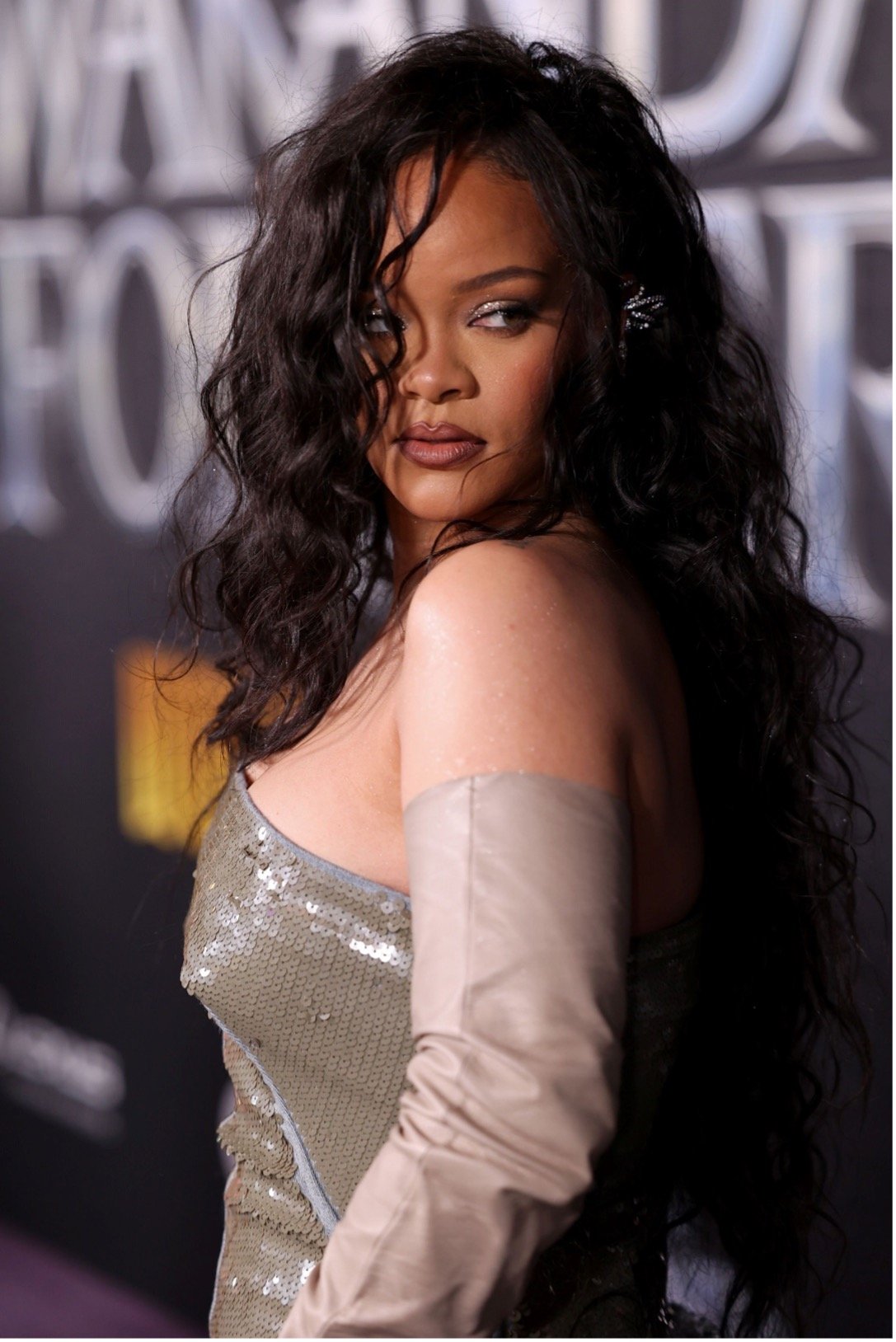 The director of the movie, Ryan Coogler, summarizes his feelings about Rihanna’s singing of the song: “Rihanna has always been an inspiration for me. So it’s a great honor for me to hear this song from him.” ‘Lift Me Up’, which is designated as the title song of the soundtrack album of ‘Black Panther: Long Live Wakanda’, was released in collaboration with Rihanna’s own label, Westbury Road, in collaboration with Roc Nation, Def Jam Recordings and Hollywood Records.

Filming locations; It took place in Brunswick, a county of the USA state of Georgia, in Atlanta, and in the city of Cambridge, which is a neighbor of the city of Boston in the state of Massachusetts. It is director Ryan Coogler’s first film with Panavision (anamorphic). The son of King T’Challa and Nakia, seen in the film, bears the name “Toussaint” in Haitian. The name Toussan derives from General Toussaint Louverture, who fought the French with then-colonial slaves in 1804 to secure Haiti’s independence (in parallel with Black Panther’s mission to defend Wakanda). Also on the plate of the prisoner transport, which bears the character of Everett Ross, is “CB112976”, which is Chadwick Boseman’s birth date on November 29, 1976 (11/29/76). The action, adventure and fantastic sequel Black Panther: Wakanda Forever is an epic Marvel production that fans of superhero movies will like.